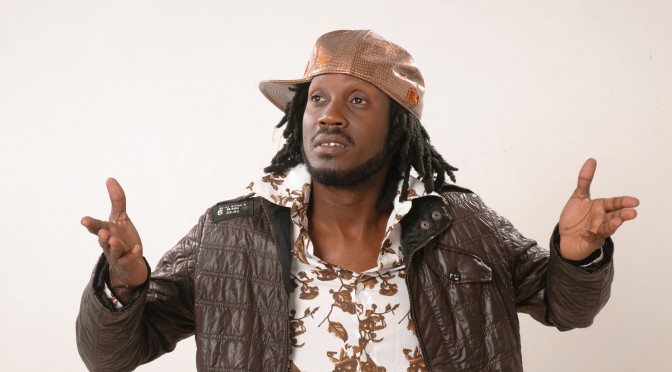 The exact cause of the endless fights and bickering(s) in Uganda’s music circles is hard to put your hands on. What we know for sure, however, is that it always revolves about how the superstars – “music stakeholders” – tend to zealously mark [and hold on to] their territories, so to speak — to make it deliberately impossible for [their] competition to supplant them.

These rivalries most of the time draw momentum from the clout each star has attained; whether concerning family, wealth or influence. Apart from the country these men share, everything else is always something to fight about.

This is what, in Uganda, is called beef. It has even been asserted by pundits that “beef” can be “healthy” for the music industry. Ironically!Well, maybe it does us well here, first, if we append a definition to this thing that is certainly not alluding to cow’s meat.Beef is a euphemism that makes reference to a grumbling between two contrary parties.

For this case, artistes.But then again one wonders; why wouldn’t there be any sort of dissonance among people who are not only different but also think independently, at full liberty?

I mean, why would it be a matter of apprehension for the public – if it were a mere falling out of a few individuals who happened to be singers?

So the question perhaps is not why there is beef as opposed to why there should be “irrational beef”!

Incidentally, beef, in context of the music is clearly fanatical – hateful, disgraceful, and long term. It had not had much precedent in Uganda until this modern age of ruthless competition and media exhilaration.

You would wish this was a mere [bad] rivalry; natural and ignorable. But it’s not. Beef in Ugandan music is a full exhibition of one’s demeanor at the expense of the other. At its peak, lives are at stake – just a few years back, one, Rabadaba, a raga/ dancehall artiste got Good Lyfe aide stabbed in the stomach and a year later succumbed to demise – all in the name of beef and its cost.

Yet when you listen in closely to the precursors of these fights, you can’t help but be dismayed by the futility and sheer pettiness of the causes of contention.

Above board, most of these tiffs are no more than publicity stunts: yet they grow into perpetual nightmarish consequences before they quiet down.

The one of Bebe Cool against Chameleon and Bobi Wine was an issue of friends turned foes. You could say, completely uncalled for. Just no one was ever a major threat to the other’s niche – loyal fans and market, that is. In fact they have always done well — side by side.

The too much beef rather springs from the need to keep up relevance in an industry that expands everyday and thrives almost at the speed of light. Pulling a stunt by talking down a contender keeps one in the “news” – much better than being a “disciplined one” who’s of no consequence any more.

Relatedly, the beef also has a strong root in ‘insecurity’. In an era as this one, not being on the lips of the media is pretty risky. There’s so much at stake – the industry is now inundated by lots of good voices and innovations. There are recording studios virtually everywhere – not to mention the versatility of the 21st century technology, willing investors, and a very avid market.

It would be at the expense of Bebe cool, Chameleon or even Bobi Wine, for example, not to chatter on their supremacy over anyone else in the industry which may not be necessarily accurate but worth its purpose – to book a slot for whoever is prone to be pushed off the cliff of the giants.

Beef has been perceived by many up and coming artistes as a necessary evil. Why not to accuse, for example, a celebrated artiste, of having swindled a song of a little known artiste, as a means to debut a new face into the world of music.

This is literally not unprecedented.Shrewd Eighton and Rain decided to cultivate a following just by being nasty towards the ones they aspired to be like, singing taunting lyrics and manipulating real Good Lyfe haters into their fan base.Being humans, very rational is jealousy and “envy” as leading causes of beef as well.

However I’d rather serious artistes refrained from it. There’s often a media hike, lifting the GNL Zamba kind of beef against Navio but sometimes it hurts as one may rise without the necessary genes of a star, only to rapidly come crumbling down to the mud.

Just like Eighton & Rain.I think artistes should allow hardships and hard work to test them, frame them, to come out finally as a real super star. Who cares for a fluker?Optimists have reasoned it thus: “beef is good for competition”. For some reason people think the “vice” keeps the industry alive. It was to the dismay of a few that the Good Lyfe and Gagamel crew finally made up.

The argument is that what will be the inspiration of these now pals to work hard and bring out good music if not to give foe a good run for their money!

To a greater extent this is disagreeable, though not because that [view point] is squarely inaccurate. In this day and age, if you are not rocking, as it were, Diamond Platinunz next door is, and he’s getting the big International Collaborations.

While the home boys relax, Sauti Soul would be getting the nominations at all the Award functions. And the Jamaicans will loyally always show up too, excite us for a few hours and bag all our millions at the expense of the “not-fighting friends”.

Besides, newer local talent will seize the vacuum and make the Top Ten Chart.Whatever the case may be, I refuse to find this overenthusiastic beef justifiable.

I perceive everyone as complementary to other. No one should have to make a monopoly of the industry which is a pure demonstration of conceit; egocentric and unpatriotic. Everybody should have a shot at where their talents and luck can carry them to.