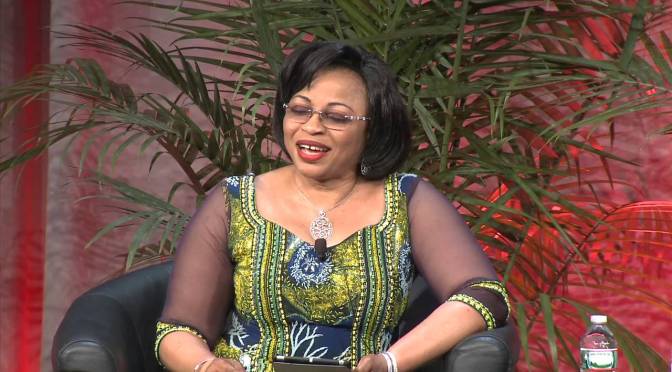 “I never went to a University and I am proud to say so because I don’t think I have done too badly,” said Folorunsho Alakija during a motivational talk.

Alakija, who, according to Forbes is one of the most powerful women in the world, apparently made the disclosure while addressing students at the University of Lagos during a ceremony to mark the 2014 UN International Youths Day.

“You do not have to have a university education to be able to make it; so count yourselves privileged to have that education as part of the feather in your cap,” she continued. 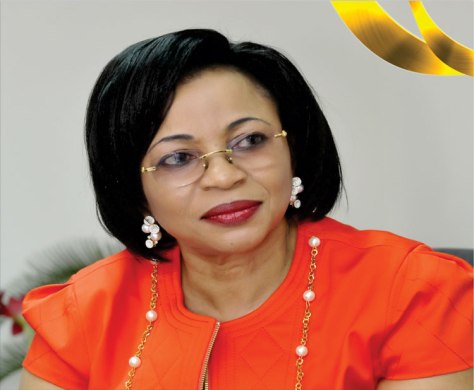 In fact, Alakija pursued secretarial studies and fashion design as a young woman.  But she did not ever despise her days of small beginnings – because this is exactly where her journey would begin. Today, this mother of four is the richest self-made woman in Africa and one of just two female billionaires on the continent.

She is from Nigeria and a businesswoman who is the second richest African woman after Isabel Dos Santos and also the third richest woman of African descent in the world. She is involved in fashion, oil and printing industries. She is the Managing Director of The Rose of Sharon Group which consists of The Rose of Sharon Prints & Promotions Limited and Digital Reality Prints Limited and the Executive Vice-Chairman of Famfa Oil Limited. Alakija is ranked by Forbes as the richest woman in Nigeria with an estimated net worth of $2.6 billion. As of 2015, she is listed as the second most powerful woman in Africa after Ngozi Okonjo-Iweala and the 87th most powerful woman in the world by Forbes.

Folorunsho was born in 1951 to the family of Chief L. A. Ogbara, a wealthy, polygamous Nigerian family in Ikorodu, Lagos State. At age seven, she travelled to the United Kingdom to begin a four-year primary education at Dinorben School for Girls in Hafodunos Hall in Llangernyw, Wales. After returning to Nigeria, she attended Muslim High School Sagamu Ogun State, Nigeria. Afterwards, she returned abroad for her secretarial studies at Pitman’s Central College, London. She also studied fashion design at the American College, London and the Central School of Fashion.

When she returned from London, Folorunsho started her career in 1974 as an executive secretary at Sijuade Enterprises, Lagos, Nigeria. She moved on to the former First National Bank of Chicago, now FinBank and acquired by FCMB [First City Monument Bank] where she worked for some years before establishing her own company.

Folorunsho Alakija’s first company was an upscale fashion label that catered to Nigeria’s elite, including the wife of the former military president, Ibrahim Babangida. It was called called Supreme Stitches. It rose to prominence and fame within a few years, and as Rose of Sharon House of Fashion, became a household name. As national president and lifelong trustee of the Fashion Designers Association of Nigeria (FADAN), she left an ineradicable mark, promoting Nigerian culture through fashion and style.

The high profile connections later paid off: In May 1993, Folorunsho applied for the allocation of an oil prospecting license (OPL). The license to explore for oil on a 617,000-acre block—now referred to as OPL 216—was granted to Alakija’s company, Famfa Limited by the president himself. The block is located approximately 220 miles South East of Lagos and 70 miles offshore of Nigeria in the Agbami Field of the central Niger Delta.

Besides business however, Folorunsho is married to a lawyer, Modupe Alakija since November 1976, and they reside in Lagos, Nigeria with their four sons and grandchildren where she is also involved in charity work as a means of giving back to her community.

Folorunsho has a Christian foundation called the Rose of Sharon Foundation that helps widows and orphans by empowering them through scholarships and business grants.

On 1 July 2013, the federal government of Nigeria inaugurated the National Heritage Council and Endowment for the Arts and appointed Alakija as Vice-Chairman of the body.

Alakija who moves about in a Bombardier Global Express 6000 private jet worth $46 million, encouraged the students that while a University degree is important and can significantly improve one’s prospects in life, hard work and persistence were the most crucial tools for success – and these virtues are indeed very exemplified in the lady herself, Folorunsho Alakija.