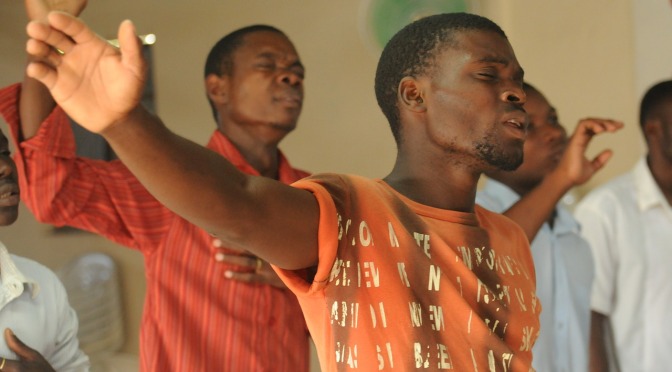 When you hear Church, what comes to mind is that you can rely on it. Parents encourage their kids to be close to Church because that means hope. It means discipline and chastity.

However, it looks like this is putting all one’s eggs in one basket. Things are not as they used to be.

The society has painfully learnt and accepted that supposed men of God can sometimes turn their back on their own teaching, as well as their young followers and abuse them, with one of the latest scandals being of the famed Pastor, Christopher Yiga alias Mbizaayo who instead of praying for a desperate young woman, impregnated her and infected her with HIV.

Surprisingly, there’s now a new twist in all this and it has to do with when youths are victims of each other. This happens in what is called cells.

I was approached two years ago by a member of one of these cells and by sheer curiosity I made a stopover.

It was my first day at a University and I think I made it so obvious. I had just received my admission letter in my hand and I could not contain my happiness. I slowly drew myself under a tree shade to try to breathe in the air of the ambiance when something unexpectedly happened – a girl.

“Hello,” a voice announced, from the other end of the bench. “My name’s Lianne.” Wow, I was almost surprised but she did some more of that, before she gave me a hell of a scare about what Campus life was like. But then she came to the heart of the matter.

“Please join us for prayer at 6 p.m.” I grudgingly accepted although would make my first attendance two years later. Only last Monday I walked in to her prayer meeting.

The first thing that humbles you as a new member is the courtesy. I was warmly received and encouraged that Lianne was there and she remembered me. When a few worship songs had been sung, Lianne was tasked to introduce her visitor. That was me. But before I said a word, Lianne labored with the preamble, including that God was so faithful that he had even looked for me until he landed me in the right place.

Now on the day when prayers will take place, the girls come costumed in rather tempting attire, mostly skimpy cute dresses or, for a difference, body-tight jeans. Moreover that’s just a tip of the iceberg – these young ladies never forget to wear the really strong makeup and perfumes… everybody else could have been used but I was acutely moved. Of course not in the God kind of way. Anyway the prayer now starts and it’s here I gave up on my carnal mind, to focus on God alone. Everyone’s hands go up in the air, a soothing song resonates along and the eyes close. Except mine.

At the back, I had a fairly superior view. It dawned on me for the first time that we were in someone’s rented quarters in Banda. It was actually the home of the cell leader, who is like an equivalent of a pastor of that particular cell, and revered as such. In fact he is called Papa.

Incidentally Papa is assisted by one, fondly referred to as Mummy, who’s like the co-pastor. However, in regular circumstances, Born Again Christians tend to call their pastor’s wife Mummy and I was very eager to learn how different this scenario would be. She was, expectedly, the pastor’s girlfriend.

The Idea Behind Cells

In essence, cells are the small units of a larger Church placed in different communities, to help its members be more anchored in faith. These, according to Lianne, are like small Churches themselves which in absence of the senior pastor; strengthen and help the followers through thick and thin. They get to share both good and bad moments. This was an affiliate of Kakumba Chapel, a Kyambogo University Church. However, its mode of operation is not different from Watoto Church Cells or Miracle Center Church cells which are well represented at the University.

When the worship is over, there’s then what they call praise. This is also worship but with an utterly different tune – it entails music but with dance and energy. For a twelve member Church, where there are more ladies than gents, it must be fun to share anywhere, except this was more exceptional, mostly because of the positive energy that inundates the atmosphere. The rule is you dance for God not for whoever cares to look. Of course I took the looking role.

It almost becomes uncomfortable as this dance seems a bit too reckless for God. Otherwise the girls have no problem bouncing their bodies, and swinging all over the place in ecstasy, until papa has to bring this Holy craziness to a halt.

He chants a couple of Halleluiahs while everybody else drenched in sweat, reaches for a handkerchief. It is about 7 O’clock.

The Pastor wonders if anyone has any evening lectures but someone quickly answers ‘no’ for everybody’s sake.

Then he asks if there are any testimonies to share before commencing on what’s up for the day. When everybody else had spoken, I was encouraged to say a word and others alike to introduce themselves to me. It appeared they were glad to have me, and the rule is I ought to share my contact number with each of them as it’s how I would be tracked and kept abreast about the prayer program and the meeting venue which alternates from one member’s place to another. I was truthfully not thrilled by the idea and I somehow faked a way out. I told them I was on Facebook. It seemed well with them too. And it was this part where to share the brotherly kiss, as prescribes the Bible.

I received a couple of hugs.

Then the pastor said, “Today we are not sharing the word because it is our sister’s birthday.”

Apparently, at this instant, the prayer session was being swapped with a party.” Everybody received Abigail’s birthday news excitedly.

She was the highly revered ‘mummy’ and Papa explained, “This is why today we had to come to a cozier venue,”

He encouraged everyone to feel at home and no place of the apartment was out of bounds. The party moods shot the atmosphere and gospel music was played in the background, as cake was cut, and a couple of drinks. By 11 O’clock everybody should be tired.

When Promiscuity Is Okayed Among Christians

Whereas some members are single, they are also not bothered by their friends who couple. For this particular Church it’s okay and possible to have a lover and still abstain.

However this is not the case with particular cell; for as long as you are faithful, God’s okay with having sex.

Many prayer cells, especially in Universities have generally accepted couples amongst themselves and remorselessly have sex from time to time.

When asked about these cells, Pr. Isaac Ssemambo of Christ Love Church in Mukono emphasized that what is surprising is not that there are some bad things that happen there.

“You see we love God but we are also human. We fail and we don’t laugh about it. We regret it,” he explained.

He added that more good things than bad ones happen. And it’s not just for students. It is a Church’s ingenuity to think of such an idea. And it works for old believers as it does for students.

Then I remembered Lianne’s words. “To leave campus as an excellent graduate, wise and healthy, be close to God,” she had said. Now I don’t know because as the party or prayer, for that matter came to a climax, some had drowned in booze and coarse music. Some fell ruggedly, on to the couch and slept off. They clearly put their male counterparts in such temptation.

And while some got back on their own, those that could not, got to be escorted through the streets of Banda, to their hostels.

It should be noted that because of such situations a number of University students have in the past been reported raped by fellow students in Kyambogo University vicinities.