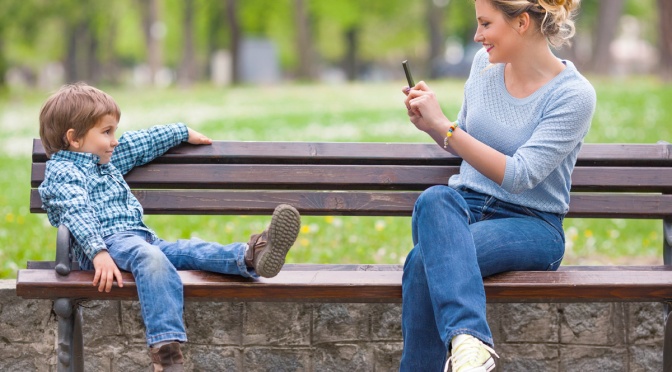 The alarm goes off and it wails almost as loud as the sun’s light which is having its way through the window panes. All right, it is daybreak and now it’s very apparent except the ringtone just won’t stop to whine until something is done about it.

By irony this restless alarm is with a mobile phone which is right under the pillow – where it stayed after Mama Chris slept off while chatting with her pals on the community of loyals on Twitter and Instagram. And now the conversation should start where it ended…. But not before attending to Baby Chris who’s suddenly howling the roof off.

It’s obvious he needs some milk from mummy and that is exactly what Mama Chris’ Instagram friends should like to know. It so dawns on her and she hastens to baby Chris with her Camera Phone, only to stop at the crib to snap Chris as he screams his throat out.

Click and click… instantly Chris’ “pic” is having a thousand “Likes” and it is not just Chris. More kids today are on Instagram, Facebook and Twitter than can read or type. Let alone switch on their mommy’s phone. It’s the new trend and it is all the work of of the loving mothers.

The question is; is there anything to look out for in parenting with social media or is it just another mess soon do drop its weight on our kids?

When the little cute faces of infants are all over the internet, in newspapers and magazines, parents begin to wonder how they got so far.

But as many have found themselves in this awkward position where they have had to stumble across the pictures of their kids being used in very awkward places, whether on the internet or elsewhere, the blame has always rested with them.

Having thought that it would feel rather exciting and fulfilling to have something they endeared so much shared with the world, many of these smiles have instead turned into frowns, while the fear of what else is possible remained even more daunting. The truth of the matter is that the impact of putting up your kids’ pictures and information for public access could be just as macabre as it is mild and thrilling.

Esther Bamale, 23, a teacher in Mukono confesses that she cannot avoid putting her baby out there for everybody to savor.

“My baby, Valeria is a born superstar and I want everybody to know it and appreciate,” she continued proudly.

Annette, another young mother who lives in Seeta, explained that “I find no harm in using pictures, stories and statuses to connect with other people and to share both my children’s progress and my own parenting journey.”

“I’m starting an online identity for them. I hope it is one they will someday take over and it will be a great opportunity to talk about the considerations and responsibilities that come with it,” said Joan, an equally new mother.

Obviously sharing our kids’ lives with the world is no short of enthusiasts. It is this strange however, that when the pictures and information of kids is uploaded on the network, you can never control again where they go, and this is the risk parents run every single day as they proceed to share so much about their babies.

As all this “data” is shared with good people, the bad likewise get access to the same information. This is the timeline for many of the kids that have got kidnapped. Parents tend to give away detailed information with little knowledge that it is enough for vile men to figure out the financial status of the parents, the location of their residences, their schedules and security. Unexpectedly kids get abducted and before you know it, a gruff voice is at the other end of the telephone line – asking for ransom.

Sharing kids’ information is as much a risky venture as it is an infringement on the rights of the children. Parents, too, have rights over their children but it should be used with discretion in order not to surpass the point where their privacy is compromised. It is not unusual to find a naked baby picture on the internet because it pleased the mum to put it out for public amusement. Such gross statuses, in fact, tend to show up later in life only to become an utter embarrassment to the subject of the pictures.

It moreover could go beyond this point and haunt one’s public image and prospects. For example, if a potential employer, a hopeful suitor or a school admittance board wants to undertake the task of background checking, they will stop with shock to find some quirky stuff that could easily cast doubt on the seriousness of their subject notwithstanding that those would be olden days.

The young mothers had their reservations too: Esther insisted that over doing it is the problem just like the saying cautions. When too much is shared about your child, chances are many that people will get bored with everything you have to say about your kid.

“It’s more meaningful when it’s done with humility, Annette said, “You’re perceived as bighearted when you attempt to share special moments with others, such as birthday moments, outings, and holidays. It’s important not to give an impression to others that your kid is the only kid in the world. Most likely your friends have kids too and they love them as much as you do yours.”

In all frankness, this is the first generation of parents to be found in this tight spot. It is all new territory and parents are only allowed to do what is best for their children. For now, as long as the children aren’t physically ending up in someone else’s living room, and it is only their picture, it perhaps is okay to share them with all friends although caution should still always be close by.

One thought on “Parenting in the Time of Social Media”